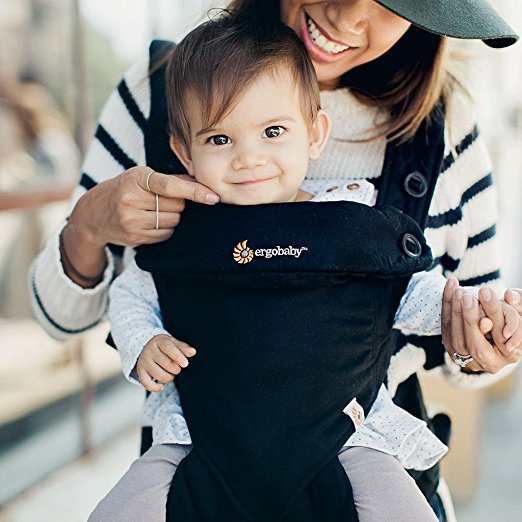 An unfortunate fashion statement but one that you’ll be sporting a LOT with a newborn, baby, and toddler.

Before Poppy was able to fit into her baby hiking carrier (the Deuter Kid Comfort III), we hiked with her in the Ergo 360. That thing has seen the Grand Tetons, Glacier National Park, Austin, many airplanes, cities, and local hikes.

It’s been drooled on, spat up on, sweated on (I’m looking at Ryan for that one) and tossed in the dirt.

I’ve even tried to breastfeed her in it (and failed rather miserably).

We, true to our eager-beaver nature, researched the crap out of the best baby carriers and ended up with the ErgoBaby 360 (and the Boba wrap, but that’s a different review).

Here’s the good, the bad, and the inconvenient about the Ergo in one detailed, useful Ergo 360 carrier review. 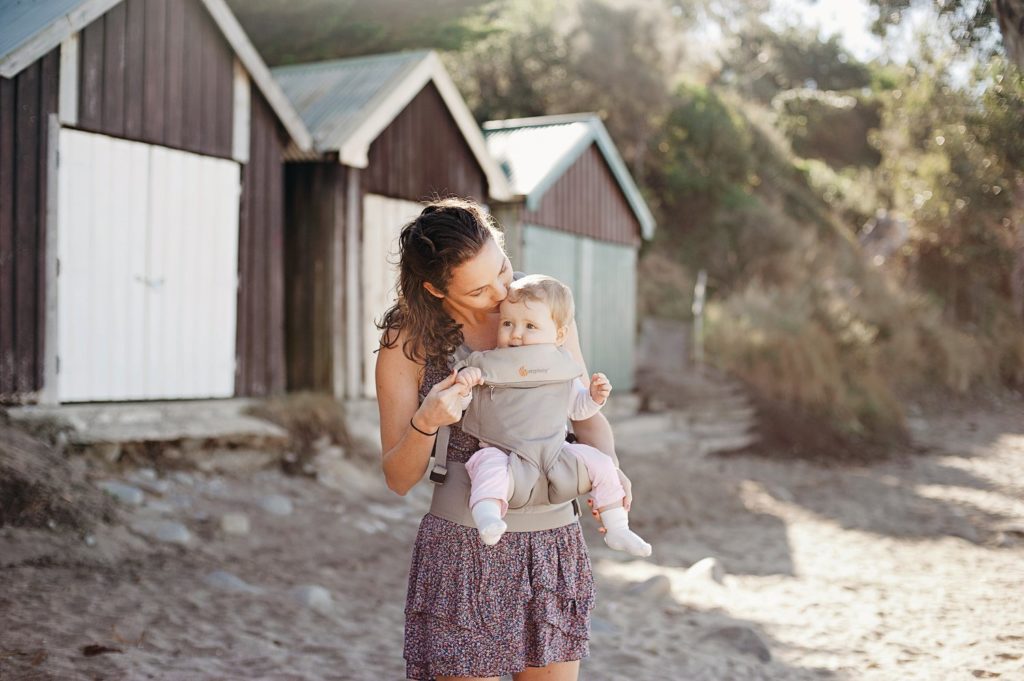 The Good Things About the
Ergo 360 Baby Carrier 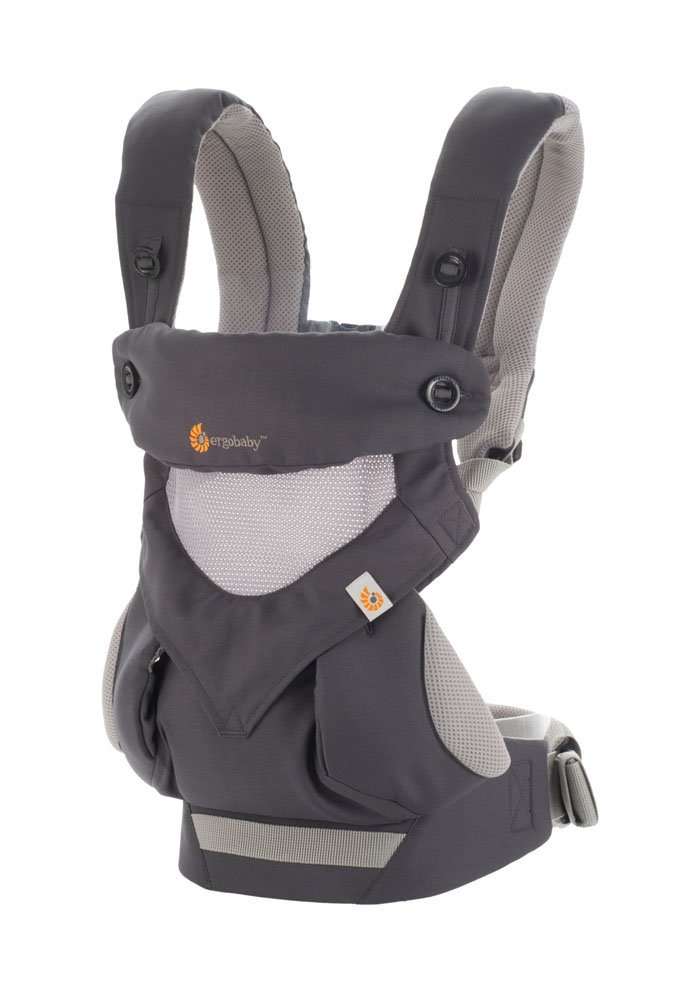 Here's what we liked about the Ergo 360 baby carrier.

Comfort (For Both You & Baby)

One of our favorite things about the Ergo is how comfortable it is. When we compare it with the other carriers we've used, we've found it much more supportive, with plenty of room and capability to adjust to your specific stature and liking (which is appreciated by resident fiddler, Ryan).

Here's what it's got going on:

But seriously, it has 5 carrying positions, including:

If you're wearing baby on your front, you can wear a backpack with it (hello backpack diaper bag!).

I’m gonna put the style in the pros section, because it’s not ugly (though you’re not fooling anyone – it is a baby carrier and it looks like one), and it comes in at least a million colours.

Okay, I exaggerate, but it does come in 18 different colors and patterns many of which are gender neutral so both dads and moms can wear it.

We have the Carbon Grey because we both needed to be able to wear it without look like nerds.

Check it out on Amazon

The Not-So Good Things About the
Ergo 360 Baby Carrier 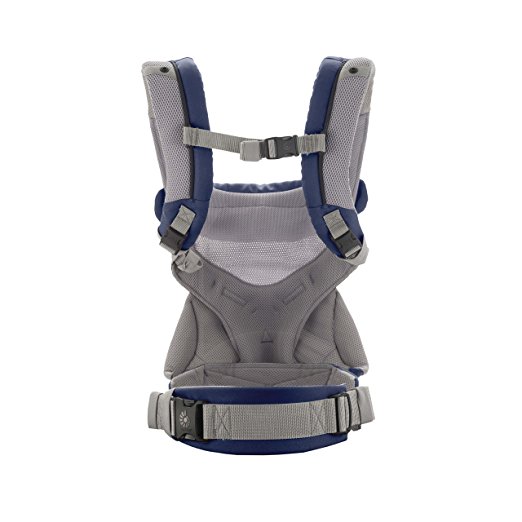 Nothing's perfect, and the Ergo 360 is no exception.

We've used our Ergo so much that we've been able to suss out the good and the bad.

After several hundred uses, here's our beef with this carrier.

The design is a huge plus side, but it also has just a couple of drawbacks.

There’s this weird age (when Poppy was about 10 pounds) where babies tend to be too small for the raw carrier and too big for the insert. It was awkward, but luckily it didn’t last for long.

I feel compelled to put this in here even though I don’t think it’s that bad for what it’s worth because it’s a bit more expensive than some comparable carriers.

Check it out on Amazon

So there you have it: our honest review of the Ergo 360 baby carrier.

Tl;dr: It’s got more pros than cons, is worth the money, and we got no beef with it.