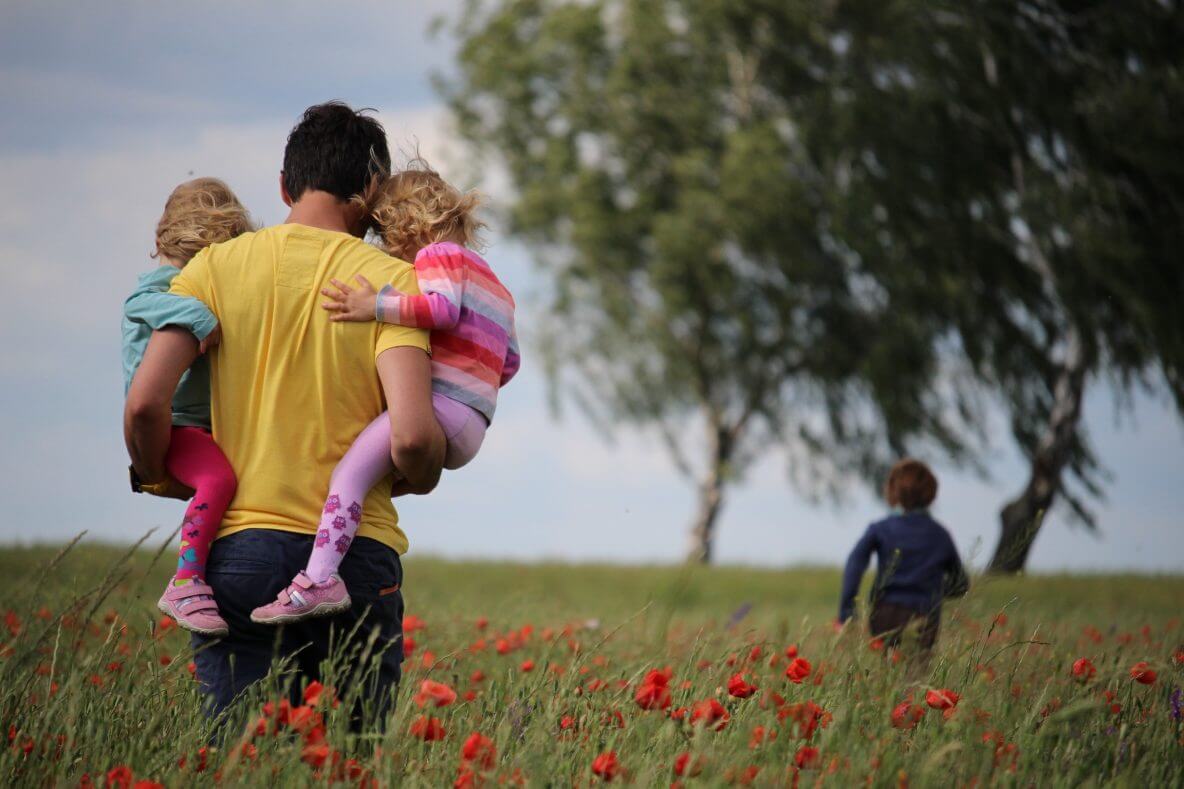 Fathers Are Not Parenting Arm Candy: How To Even The Playing Field Between Moms and Dads

I made the mistake.

I was at my sister’s house having brunch with her husband, our brother, and my pregnant girlfriend. My sister was telling us about an evening out the night before. And that’s when I said it to her husband…

“So you had to stay home and babysit?”

I said it to give him credit, but I knew I was wrong before I even finished the sentence. I cringed as the words came out of my mouth.

By staying at home caring for his kids, my brother-in-law wasn’t babysitting.

I hardly finished the words before my girlfriend gave me the ‘look’. It wasn’t a second after that my sister started explaining that it’s not babysitting just because it’s a man doing the job.

I apologized the next day through text because I was too embarrassed to at the time.

And the worst part about this interaction? I’m a feminist. I know better.

The bottom line: Dads aren’t lesser parents (and we shouldn’t treat them like they are).

All hell will not break loose when dad takes over. The very idea is degrading and sexist. The notion that dads are lesser parents is a stereotype that society keeps playing over and over again.

And we see it every day…

For all these reasons and more, what I’m about to tell you is crucial…

There are huge cognitive, social, and emotional benefits to children when dad’s are treated (and act) like equal parents (not to mention all the perks it has on the parent’s relationship).

So that’s why breaking down stereotypes and welcoming men into parenting is so important.

Because if we don’t, our kids will suffer.

So this is a call to action to all parents, men and women. We need to do better.

As dads, we need to step up and start parenting harder. That means doing the things we might shy away from. We need to schedule dentist and doctor appointments. We need to do the shopping and meal planning. And we definitely need to do more laundry!

As moms, it would help if you opened the ‘parenting door’ to us. We can do the things you do, but we might need a little encouragement and support.

Dads can raise their parenting prestige by doing these three things:

Here’s how moms can help dads:

But what about if you’re not a parent? What can you do?

Just say “no” to gender roles and parenting stereotypes.

That means not going into a frenzy when you notice a dad baby-talking, playing, or just wearing his kid in a sling. Men are parents too. Dads parenting and interacting with their children should not be novel. Don’t perpetuate this stereotype by acting like it is.

And on the flip side, these things shouldn’t be overlooked when they’re done by a woman.

If you really want to acknowledge how impressed you are with someone’s parenting prowess, then give credit where credit is due (i.e., to both parents if they’re doing a great job). Praise for parenting shouldn’t depend on your gender.

We know that there are massive benefits to getting and keeping dads involved.

So let’s work together to raise society’s expectations for dads as parents. Let’s make it feel normal for dads to be the primary caregivers, the nurturers, the stay-at-home parent, and the ones who their kids run to when they skin their knee.

And let’s definitely stop saying things like “Dad’s on babysitting duty tonight” when he parents alone. Because that will not get society closer to parenting equality.

Do you want to see change, too?

Then SHARE this article and help raise our parenting standards.

And remember, the next time you notice a dad being “cute” by doing his job as a parent, don’t call him out on it. Just smile and keep on walking. He’ll appreciate not being a spectacle.