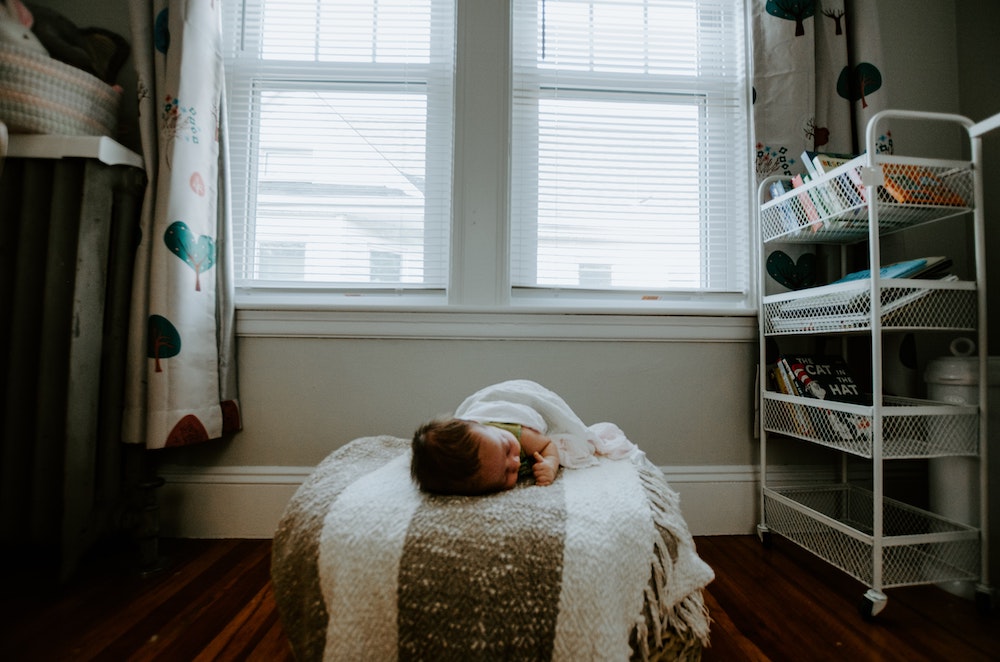 Baby Sleep Guide: How to Raise a “Good Sleeper” From Day 1

When I was pregnant, I remember the warnings…

“Sleep now before the baby comes, because you’ll never get a good night’s sleep again!”

In Western culture, we’ve normalized baby sleep to be a terrible, exhausting endeavor.

But sleep is the most natural thing in the world, and in fact, babies need a great deal of it. Good thing, too, because so do new parents.

Unfortunately, new parents — mothers in particular — lose nearly 700 hours of sleep in the first 12 months of their babies' lives[1].

The Impact of Poor Sleep on Parents

Most articles will rely on stats as to the effect that sleep debt has on the new parent, including things like increased likelihood of injury or accident, soaring rates of postpartum depression and anxiety, and of course, the effect to one’s work performance.

These are all reasons why new parents need more sleep, for sure. Again, especially mothers. But as a society, we then turn around and guilt parents for making decisions that are in their own best interest, by slapping them in the face with anecdotes about babies being traumatized by 5-minutes of crying, ignoring all contributing factors.

The Impact of Poor Sleep on Children

Babies being “bad sleepers” is not natural. This is a learned habit that interferes with healthy development. Your baby being up all night, whether he’s crying or not, is not normal.

Sure, independent sleep is a learned skill, especially after a baby has been taught that sleep is a collaborative effort. And most babies get this message as we rock, bounce, or nurse them to sleep, desperate for them to sleep longer, and on our schedules, so that we too can catch some Zzz’s.

However, during the first three years of a child’s life, the brain develops at an insanely rapid rate. And all that development happens during sleep.

So not teaching your baby to sleep well and sleep independently can come at massive cost of impaired mental, physical, and emotional growth.

From just a few months after birth, Poppy has been a “good sleeper”.

Even though she was 6 and a half weeks premature. Even though I’m not even a “good sleeper” now in my thirties (and never have been). Even though

There seem to be three camps of parents in the world:

Those who are in camp #1 and are against letting their babies fuss for a few minutes alone in their sleep space clearly don’t have older children they need to tend to, so I find these people tend to be first time parents or parents of only children.

Those in camp #2 tend to have higher sleep needs than those in camp #1.Sometimes they started out in the first camp and then had a second baby and found that baby sometimes had to cry while their strong-willed toddler sibling had a meltdown or needed a snack. Often these are the data-driven parents who still feel terrible when their little ones cry but look to the research to make themselves feel better.

You’re probably not reading this article if you’re in camp #1, so for everyone else, let’s not call it sleep training, okay?

You don’t have to train your child to sleep. Fetuses sleep even in the womb. Newborns spend a great deal of their time sleeping, even if you didn’t teach them how.

You don’t train a human to sleep anymore than you train a dog to eat.

And anyway, the term “sleep training” comes with a ton of baggage, and is often mistaken for leaving your baby to cry, along with anxiety-inducing quotes about neglected babies in Romanian orphanages that seem relevant (but thankfully are not, unless you left your baby in a Romanian orphanage, in which case you’re probably not reading this).

Many of the naysayers of “sleep training” rip on infant sleep “gurus” like Dr. Ferber without having ever read their books, going through their resources or reading a single peer-reviewed paper on infant sleep.

What we’re talking about here is really just coaching your baby to self-soothe. Not because you’re a coldhearted parent who is unwilling to soothe your little one, but because the ability to self soothe is a skill that is crucial for living.

Self soothing turns into the ability to regulate your own emotions as an adult.

Do it early and often.

When our daughter was a newborn, we’d get together with our friends and their newborns for ping pong and wine nights.

Some of our friends would have to cut the night short to get their babies home to bed. Some would try to put their little ones down in a bassinet in a dark room or even in their car seats so they could enjoy a rare night out as new parents, and would be in and out constantly checking on their kids.

And we would put Poppy in her bassinet, draw the bassinet “shade”, and pop her in a corner of the room away from the action. She’d fall asleep right away – and stay that way, waking only briefly when we’d transfer her to her carseat, and then back to her bassinet.

Some of this can be attributed to having a more pliable baby than others. But a lot of our daughter’s superior sleeping ability comes down to us demanding it of her by exposing her to different situations and environments.

But make sure that your sleep environment travels well.

Humans in general sleep best when their environment is conducive to the brain producing the hormones necessary for sleep, such as melatonin.

This means that the room should be relatively dark, noise kept to a minimum or drowned out by white noise, and the temperature a little on the cooler side.

Unlike adults, infants have a startle reflex that can keep them awake, so introducing a swaddle as part of their sleep environment can be appropriate up until they’re able to roll.

Your baby should sleep in this environment most of the time — at least for night time sleep. It’s neither practical nor wise to enforce this all of the time (see #2. Socialize Sleep above), but at least 75% of the time this is your go-to.

You give up a lot of control as a new parent, but one thing that remains within your power is your family’s routine.

As Magda Gerber stands by, babies are whole people, and people like routine. We’re adaptable and malleable, but everything comes easier with routine. With babies, having a predictable routine before any transition, especially bedtime, primes them for what is to come.

Before you go to bed, you probably go through a sequence of events that prepare your mind for sleep (even if you don’t realize it). If you skip one step, something will feel off, and your brain may even resist falling sleep.

It’s simple, and even if there’s a different order of operations, each of these steps happens nearly every night. If I climb into bed before brushing my teeth, I’ll feel somewhat incomplete and won’t be able to sleep until I remember what it is that I missed, and get up and do it.

You probably have a similar routine. Your baby should, too.

We decided when Poppy was only a few weeks old that her bedtime routine would be:

As she got older, we added steps like teeth brushing, and removed steps like the final feed. But the basics remain the same still, even as she approaches three and a half.

We skipped having her take an evening bath as part of her nighttime routine because it wasn’t portable. The steps we decided on could be taken anywhere with us, whereas bigger commitments like bathing could not.

Even if we were traveling, visiting friends, or had guests over for the holidays, we could go through this short bedtime routine before putting her down for the night. It would only take 15-20 minutes, but kicking it off would let her know that now is the time to transition to sleep, and prep her brain to wind down.

Or rather, don’t establish bad habits.

When our second baby, Arlo, was 6 weeks old, he went through a period of being an absolute nightmare. Call it what you want — wonder week leap, growth spurt, fourth trimester, whatever — he was a cluster feeding, crying, sleepless, clingy mess (at least he and I had that in common!)

This happens with all babies to some extent, and because we already had a preschooler at home, I did what I could to survive, which meant popping Ari into the baby carrier to help him nap for more than 20 minutes (and give my nipples a break).

Then, I never stopped. Even after his growth spurt was over and he was no longer cluster feeding and he was past the P.U.R.P.L.E crying phase, rather than lay him down in his swing or bassinet for a nap, I’d strap him into the carrier. It was just as much a habit for me as it was for him.

The result? He would only nap in the carrier. My shoulders and back feel like they’re permanently hunched, and I could do very little during the day unless there was somebody around to hold the baby.

Survival mode happens sometimes, and you should do whatever you need to to get through those times. But when the worst of the storm has blown over, don’t hold onto your survival mode techniques.

If you do, you’ll have to get yourself out of them later, when they’re deeply ingrained habits. Habits are hard to break. Don’t create them. Trust me.

Your Baby is Meant to Be a Grade-A Sleeper

Every baby is meant to sleep, and sleep a lot.

We evolved to require sleep. Western culture has normalized parents being sleep-deprived and exhausted until their kids go to high school.

Make healthy sleep habits a priority from day one with your little one and everyone in your household will lead healthier, happier, and smarter lives.